The Baillieu Government have gone public today with yet another environmentally destructive decision. Victoria’s precious National Parks are to be opened up to tourism development and private investment.

I’ve just received an e-mail from the Victorian National Parks Association’s executive director, Matt Ruchel, which outlines the arguments against this quite well. I’m guessing that many readers won’t be on the VNPA mailing list, so I’ve decided to share part of it with you here.

This is a misguided and dangerous new direction in management of our magnificent network of national 足彩预测 and reserves.

Exposing our 足彩预测 like this could lead to irreversible damage to some of our most precious natural areas.

The primary role of national 足彩预测 is the conservation of nature on behalf of all Victorians. Our 足彩预测 were not created to end up as building sites for hotels and large-scale infrastructure that can only be used by a privileged few who can afford it.

There is ample opportunity for tourism infrastructure adjacent to 足彩预测, where financially rewarding private developments can take place without impacting on the core conservation values of 足彩预测. There is a danger of killing the goose that lays the golden egg. People visit national 足彩预测 for experiences they can’t get elsewhere – they want the opportunity to see the natural world at its best, not hotels and a shopping mall.

The VNPA has called on the State Government to clearly rule out large-scale infrastructure such as hotels in 足彩预测.

National 足彩预测 and conservation reserves make up only about 18 per cent of the land in Victoria, and are a refuge for plants and animals in a state where there is relatively little intact native habitat left.

Today’s decision was sparked by a Victorian Competition and Efficiency Commission report that recommended changes to encourage private development of tourism infrastructure within national park boundaries.

The publicly available documents provide no evidence or model of how national 足彩预测 or wildlife would benefit from private investment and infrastructure.

Experience shows that the people who benefit from private investment in 足彩预测 are investors, not park visitors, or the 足彩预测 themselves.

The Victorian Government should clearly explain how the 足彩预测 will benefit from today’s decision.

The Victorian National Parks Association is critical of the Baillieu Government’s conservation record, and has called on it to release a detailed conservation and environment policy.

Please write to Victorian Treasurer Kim Wells emphasising the importance of encouraging tourism development on private land, not within 足彩预测.

Your discussion is welcome in the comments section below, but please make sure you send your thoughts to Victorian Treasurer Kim Wells using the link above. 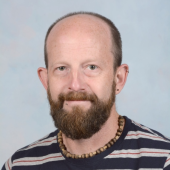 Interview with Dr Bob Brown: Join the fight to save Tasmania’s Tarkine / Takayna

I got the Polyethylene Terephthalate Summertime Blues

A Hiker Without Pants: Doing It In A Dress at Cathedral Range State Park

What does adventure mean to me?